About Caversham, Emmer Green, Nearby And Beyond 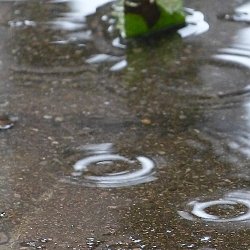 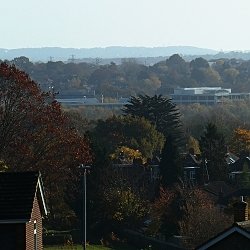 Every month I can email you about what’s new on this site, so you don’t have to remember to check! Sign-up with your email address below. Hassle free, no junk and to cancel just tell me. Simple.

To find out more about ‘Unstated’, visit this page.

No forecasts are faultless but I find James’ ‘Weather Forecast For Reading & Berkshire’ a cut above. And for an explanation of weather forecasts on your app, this BBC short might help:

As the weather is an aspect of climate, there’s a look at Caversham’s future climate here:

While the realities of Climate Change can make you feel like a stowaway on a kamikaze plane, this page might help:

For roads, parking and a whole lot more, I think the (free) Open Street Map is often a better option than the offerings by the ‘big boys’. It’s open source and community-driven. What’s not to like? (You can get involved yourself if you want to.)

And ‘Fix My Street’ is a free and simple way to report problems that need someone else’s attention.

The content on the site tries to be honest, accurate and straight-forward. It is given in good faith, but visitors must take all of it at their own risk. There are no guarantees and a lot is just opinion. No liability for any information given on these pages is accepted, nor for sites it links to. So check things out for yourself before acting on any of it. Don’t take my word for it.

Shopping … and Caversham is under pressure like everywhere else.

It’s beyond my capacity to provide a guide to all the local shops and what-have-you. Caversham Traders’ ‘Choose Caversham’ site is the best start point I can think of.

Food and drink. Obviously enough, we all need both. And if you can, it’s far better to actively enjoy what you consume, at least some times. The link above just takes you to my thoughts about good Caversham venues for eating and/or drinking.

Read All About It …

If you’re wondering what living in Caversham is like then the answer will depend, in part, on you, your expectations and what you want or need from a place. It’s been voted as one of the country’s best places to live by the Sunday Times (in 2020), but what does that vote means in reality?

For me, having lived in the place for decades, I’d say living in Caversham is ‘fine’ – no more, no less. I don’t think it’s exceptional in any particular way. It’s not perfect – nowhere is. But you could be justifiably called naive if you think it’s grim.

Located on the north edge of Reading, in Berkshire but right on the edge of Oxfordshire, Caversham is well placed for a lot of things … unless those things involve you driving over the River Thames at rush hour. With just two bridges (‘Reading’ and ‘Caversham’), unless you detour around via Sonning, Henley or Pangbourne it can be a real crawl at times.

(As for a third bridge … all I can say is ‘don’t hold your breath’. The money spent over the years on feasibility studies and the like seems an odd use of what I guess will have been public money. Surely, there must be better ways to get people into the town than by car. If only there was a waterway that went to the centre …)

Other than crossing the River Thames at busy times, Caversham’s not bad from a travel perspective. For driving east or west, the M4 is on the south edge of Reading. Motoring aside, Reading is on the mainline railway and only 30 minutes or so from London. And for most if not all of Caversham, the railway station is a reasonable walk away – or a bus trip if it’s pouring with rain.

Heading north, the easy (albeit road) access to South Oxfordshire is another major asset, not least because South Oxon (i.e. between Caversham and Oxford) isn’t that busy (by south of England standards). What’s more, both the Cotswolds and the Chilterns are relatively short drives away – good scenic stuff abounds.

Driving south from Caversham isn’t quite so easy in that you have to get through or around Reading first. But once you’ve done that generally slow section, Hampshire’s easy to get to. And don’t forget coastal Hampshire – for example Hayling Island is only about an hour-and-half’s drive away.

And if you are thinking about life on foot, there are a lot of good walks to be had from your house in Caversham, wherever your house is precisely.

Travel aside, as a suburb Caversham is pretty well equipped with shops, schools, parks, access to the river and river side, and for sporting folks there is also the Caversham Lakes area too. Even the local library is still open, sometimes. There are good pubs and restaurants … and silly property prices.

The two local doctors’ surgeries (Emmer Green and Balmore Park) can be busy but where in the country aren’t they, and they seem generally well rated. In Reading there’s the Royal Berks Hospital (RBH), and the hospitals in Oxford and London, with their various specialisms, are not too far away.

Overall, the fact of the Thames has helped Caversham maintain more of an identity than might otherwise have been the case. But while Caversham and Emmer Green were both once villages in their own right we can’t roll back the clock – north Reading is a suburb now.

Now, Then, And Who

‘Caversham’ is a free, independent, hopefully useful and sometimes entertaining source of information about Caversham and Emmer Green – and beyond the RG4 postcode area if ‘beyond’ might be relevant.

This website started life in the mid 90s (yes, really) and back then was fit, healthy and thriving. This continued for a long time but life is what happens to ruin your plans, and life intervened so the site fell dormant for a good few years … But it’s back now.

‘Caversham’ is part of ‘Unstated Name’. You can find out more about Unstated and who creates it here:

Who Creates This Site

This website uses cookies to improve your experience while you navigate through the website. Out of these, the cookies that are categorized as necessary are stored on your browser as they are essential for the working of basic functionalities of the website. We also use third-party cookies that help us analyze and understand how you use this website. These cookies will be stored in your browser only with your consent. You also have the option to opt-out of these cookies. But opting out of some of these cookies may affect your browsing experience.
Necessary Always Enabled
Necessary cookies are absolutely essential for the website to function properly. These cookies ensure basic functionalities and security features of the website, anonymously.
Functional
Functional cookies help to perform certain functionalities like sharing the content of the website on social media platforms, collect feedbacks, and other third-party features.
Performance
Performance cookies are used to understand and analyze the key performance indexes of the website which helps in delivering a better user experience for the visitors.
Analytics
Analytical cookies are used to understand how visitors interact with the website. These cookies help provide information on metrics the number of visitors, bounce rate, traffic source, etc.
Advertisement
Advertisement cookies are used to provide visitors with relevant ads and marketing campaigns. These cookies track visitors across websites and collect information to provide customized ads.
Others
Other uncategorized cookies are those that are being analyzed and have not been classified into a category as yet.
SAVE & ACCEPT

Something to Share? Please use the form, below, to get in touch in the first instance. Perhaps you've something to…